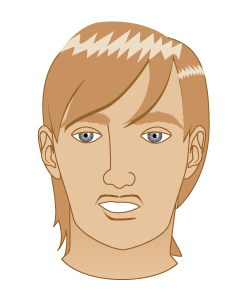 Hey! If you own a house, you will know that the roof on your house is super important. The roof on my own house suffered some severe damage during a tropical storm. Several slates were blown off and the wooden trusses were split. As a result of this damage, the roof began to leak. I contacted a roofing company and they sent out a contractor who inspected the surface of the roof. They then suggested that I have the roof repaired or replaced. In the end, I decided to have the entire replaced and reinforced so it will be protected from future storms.

Roofing has a dramatic impact on a home—both on its appearance and its energy efficiency. So, you need to give it the care and attention it deserves. You've probably, at times, come across terms for their different shapes. Here is a guide to help you work out the shape of your roof and to understand more about its characteristics.

Hipped roofs are very popular in Australia and feature three, four or more angled slopes that begin from a topmost point. A home might have several of these ridges with surrounding sloping planes. One 'pointy hat' could be over the garage, another over the main house area and another smaller one over an entry porch—like a series of mountain peaks. Because they offer shady eaves and great strength, these styles are ideal for windy areas.

You might, at first glance, think a gabled roof is just like a hipped style, but closer inspection will reveal their differences, although sometimes these two types are in place together on the one rooftop. Gabled roofs have two sloping planes that join along a ridge—this creates triangular end walls, called gables. The steeply pitched slopes on this style allow for great attic spaces.

Flat roofs may often appear completely flat, but they generally feature a slight slope of about 10 per cent to enable water runoff when it rains. So, unlike hip or gabled roofs, they aren't suited to high-rainfall regions. The benefits of this roof style are that they are relatively easy to construct and are pretty accessible; it is easier to stand on a flatter surface. A drawback, though, is their increased maintenance. Because they lack the slope of other styles, they can collect debris carried by storms and winds.

An evenly sloped skillion roof features a noticeable slant. It is often a single sloping surface, and it is not intermixed with other roof sections. However, at times, a skillion combines with the main roof style and continues and extends its slope; sometimes these additions also feature a sloping ceiling inside. On some modern multi-level homes, several skillion roofs combine to create unusual architectural angles and shapes.

Combining two skillion roofs so they angle downwards to a centre point which has a box gutter creates a shape that abstractly mimics butterfly wings. This inspires the name for the design. Instead of traditional gutters and downpipes, water runoff collects in the central trough where it either undergoes treatment for reuse or drains away. With specialised engineering needs, butterfly models are more complicated to install for roofers.

Contact roofers in your area for more information on roof styles.